A Part of the Nova Scotia Museum

Land of Dinosaurs, Gems & Minerals, and the Bay of Fundy with the World’s Highest Tides 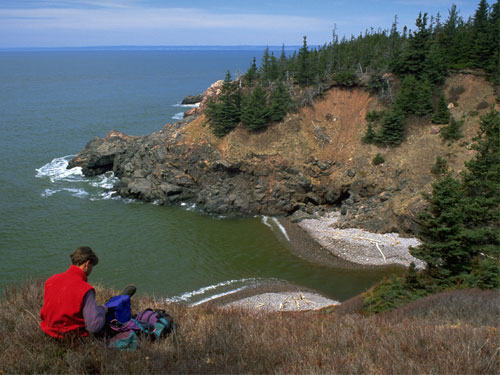 With its rocky cliffs, sprawling mud flats and spectacular tides measuring up to 16.5 metres (54 feet), the Fundy Shore is like no other place on the planet. Just down the street from the Fundy Geological Museum is one of the most scientifically important field sites in Nova Scotia – Wasson Bluff, home to Canada’s Oldest Dinosaurs and the location of the Museum’s primary palaeontological research. Here we recover the animal fossils and footprints that survived the Jurassic-Triassic Mass Extinction (200 million years ago). Not to be outdone, the zeolites and semi-precious minerals found in abundance here have earned the region the nickname “Nature’s Jewel Box.”

Nestled in a sheltered harbour on the Bay of Fundy, Parrsboro was once home to a thriving shipbuilding industry and today boasts a large wharf with an active lobster and scallop fishery. Further along the shore, travel winding roads through a highland region where solitary lighthouses adorn towering cliffs, and encounter the peace and tranquility of secluded coves and deep ravines.

Come for an hour or stay for the day.  The choice is yours with an Annual Pass.